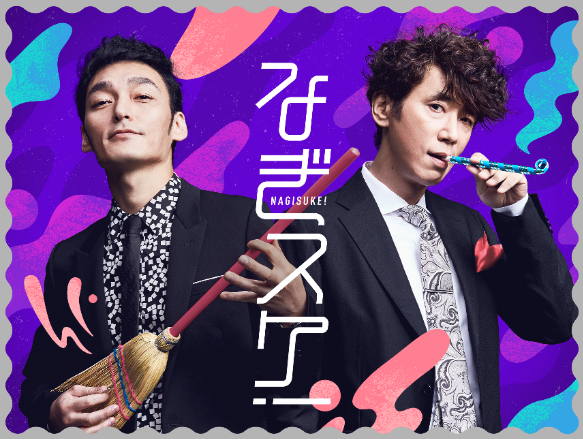 The Nagi Suke duo is back for the first time in 1 year and 9 months! Tsuyoshi Kusanagi x Yusuke Santamaria’s new program “Nagi Suke!”

Tsuyoshi Kusanagi and Yusuke Santamaria will join us again on Amazon Prime Video! The two who got through the entertainment industry at a tremendous speed and only focused on work hadn’t really found anything that they could “be passionate about from the bottom of their hearts” until now!

“Nagi Suke!” is a reality-type variety show where Tsuyoshi Kusanagi and Yusuke Santamaria take on various challenging projects every episode to increase their hobbies as adults. Famous guests are invited each episode, while the two of them work together to understand what hobbies and interests the guests are into, in order to find out if the two of them can find something to “be passionate about”.

In the 15-second program trailer that was released, there will be a shot of the two being together for the first time in 1 year and 9 months! From the appearance of the two enjoying in a relaxed manner, such as the appearance of Kusanagi laughing at Yusuke singing, the “chill” atmosphere of the show “Nagi Suke!” can be felt. In the key image, the two of them are dressed in suits and are appealing their maturity. In Kusagi’s hands is not a guitar… but a “broom”!? In Yusuke’s left hand is not a cigar, but a nostalgic “Piro-Piro” (party horn) that he often played with as a child!? The two who have been together for more than 20 years will continue to work it out in their usual “totally relaxed” show, which is even looser than terrestrial televesion!? Come find out!

Comments from the two have also arrived! Kusanagi comments, “I want the fans who support me to watch the most”, and adds that, “It feels like some things have changed and some things haven’t, but it does have a different atmosphere than it did before,” while Yusuke says, “Tsuyoshi is already a complete person as he is, so he doesn’t change even when we meet after a long time. That’s just our natural thing.” At the start of the program, Kusanagi says, “I’m really looking forward to it and I hope that, as a man, I can also mature through this program.” On the other hand, Yusuke says enthusiastically, “I think there are a lot of people who are looking forward to this show, and people who don’t really care, but we’re glad to be able to do the program again anyway, so I’m doing this program for the sake of it.”