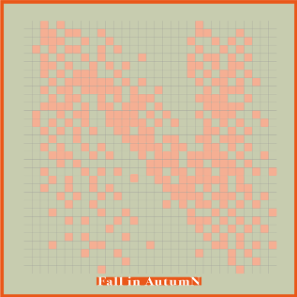 M2: Blown by the Wind
物哀しい雰囲気ながらも澄んだ空気感の映像が浮かぶゆったりとした一曲

The neoclassical nova “N nulls.” Their 3rd album “Fall in AutumN” from ZULA Records will be released worldwide from December 18th!

The music agent site “ZULA,” operated by massenext Inc. (Minato-ku, Tokyo), is releasing the 3rd album “Fall in AutamN” worldwide from ZULA Records. This is the 3rd album composed by the neoclassical nova unit “N nulls,” consisting of two young members in their twenties: Syuwa Nagai (composer / arranger) and Kyoutaro Sawamura (conductor). This work by two up-and-coming youngsters from Tokyo University of the Arts can be streamed on Spotify, AppleMusic, YouTube Music, KKBOX from December 18th, LINE MUSIC from December 26th, and GooglePlay Music, AmazonMusic, AWA from January 6th, 2020.

Two alumni of Tokyo University of the Arts, composer / arranger Hidekazu Nagai and conductor Kyoutaro Sawamura. Both are in their mid-twenties and have been involved in numerous works, but the classical music world has their eyes on this new unit “N nulls” formed by these two neoclassical novas.

The artist names include the meaning of “Next Japonism,” “No one knows,” “No border, only music,” and “null” (0 in German). Continuing from the previous work “Sound of suNdial,” this work is composed of “piano + string quartet + shakuhachi” by musicians in their mid 20’s and, without being bound by the classical frame of autumn’s themes, is a group of songs full of Hidekazu Nagai’s sensitivity. A winter concept album is also planning to be released in February 2020 with the theme of the four seasons in Japan.

In 2017, graduated from Tokyo University of the Arts, Department of Music, Major in Music Composition.

Graduated as a valedictorian from Tokyo University of the Arts, Major in Conducting.

At the time of graduation, he received the Acanthus Music Award, the Reunion Award, and the Hiroshi Wakasugi Memorial Fund Award. He performed with Tokyo Philharmonic Orchestra, Osaka Symphony Orchestra, and Tokyo New City Orchestra. He is also active in the field of opera, conducting more than 10 works such as “Carmen” and “Tsubakihime”. He has been working as a deputy conductor at the New National Theater since this season.